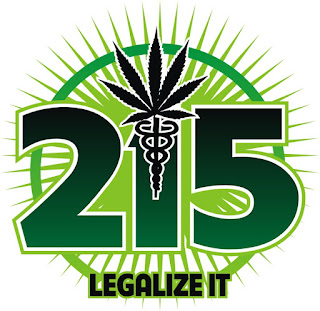 OUR SOLUTIONS FREE HOSTING FROM OUR PARTNERS EMAIL THEM HERE:

5.5kshares
TRENTON — Medical marijuana is legal in 23 states including New Jersey, but the ubiquitous social media giant Facebook apparently doesn't "like" it. Home pages run by three Garden State dispensaries and at least handful of others across the country have been deleted.
The surprise move stunned dispensary owners and angered patients, who said Wednesday they rely on the up-to-the-minute information these sites provide about the latest strains that help alleviate debilitating symptoms.
"It seems high-handed to simply shut down important resources for sick patients without even saying why or giving organizations a way to ask for reconsideration," said Peter Rosenfeld, one of the 5,668 registered patients in the state program. "What better use of a social media than having sites where parents of sick children can ask questions about medication and treatments?"
In an email, the Facebook media relations office declined to answer questions, and referred NJ Advance Media to the community standards section on its homepage.
Officials from Breakwater Wellness and Treatment Center in Cranbury andCompassionate Sciences Alternative Treatment Center in Bellmawr said their home pages were shut down Tuesday. When they tried to use their home page, they found an electronic message that said: "We remove any promotion or encouragement of drug use."
"Your page is currently not visible on Facebook. It looks like content on your page does not follow the Facebook Community Terms and Standards."
"The site does not allow ads that promote the sale or use of . . .illegal, prescription, or recreational drugs," according to the advertising policies' page. 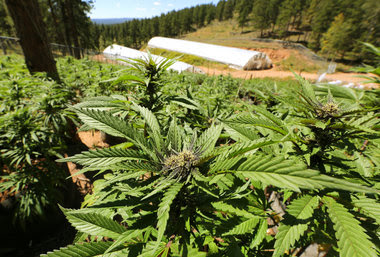 Demands for medical marijuana research grow in N.J., nation driven by hopeful patients, families
Marijuana has a growing legion of believers in the plant's potential


Marijuana possession and production violates federal law, although the Obama administration has publicly announced that it would not devote law enforcement resources to investigating lawful use permitted by state statutes.
Breakwater founder Alex Zaleski called Facebook's actions "a great disservice to our patients who rely on us to keep them updated on what is going on. We are looking into the matter and hope to resolve it in the patients' favor as soon as possible."
Gov. Christie On Vivian Wilson, Medical Marijuana and LawlessnessGov. Christie was asked in a town hall meeting in Bow, NH, about Vivian Wilson and medical marijuana. Wilson who is originally from Scotch Plains, moved to Denver with her family so they could get her the medical marijuana. (Aristide Economopoulos | NJ Advance Media for NJ.com)
Although each of the five dispensaries in the state have their own web page, the Facebook presence is important because the state rules prohibit advertising, Compassionate Sciences General Manager Michael Nelson said.
Facebook is "incredibly important because the state limits what we can do on our website," Nelson said. "It allows us to post strain names which allows people to do research. It allows the communication between the patients about what is working."
The Facebook presence for Garden State Dispensary in Woodbridge is also missing, but a dispensary representative could not immediately be reached. But the pages for Greenleaf Compassion Center in Montclair and Compassionate Care Foundation in Egg Harbor Township remained active as of 3 p.m.
News about Facebook's actions made for passionate fodder on the Facebook home page of the Friends of the Medical Marijuana Coalition of New Jersey Wednesday.
"It makes me question whether any of us should continue to use FaceBook. Maybe it is time for people to migrate to new ways of communicating," Rosenfeld said.
It's unclear how many legal medical marijuana and recreational marijuana operations have been affected. Dispensaries in Maine and Washington have taken to Facebook's community forum in the last three months to complain about the unilateral decision to disconnect their social media presence.
"I am a dentist and I also own a legal marijuana business in Washington State. I run tasteful ads. Right now, my page has been deleted by facebook, but my competitor...is advertising tons of marijuana on facebook, with no problems from you. Why are you focusing on me, but no one else?"
"I expect an answer soon or at least let me know the next step or should I just start legal action? I feel you are not dealing with this in a fair manner."
Posted by B at 7:47 AM No comments: