Boy, Two, With Brain Cancer Is 'Cured' After Secretly Being Fed Medical Marijuana By His Father

A desperate father whose son was suffering from a life-threatening brain tumour has revealed he gave him cannabis oil to ease his pain. And he has now apparently made a full recovery.
Cash Hyde, known as Cashy, was a perfectly healthy baby when he was born in June 2008 but became sick shortly before his second birthday.
At first he was misdiagnosed with glandular fever before his parents Mike and Kalli, from Missoula in Montana, were given the devastating news he had a serious brain tumour.
The little boy had to have arduous chemotherapy treatment to reduce the growth, which had drastic side effects including seizures and a blood infection. 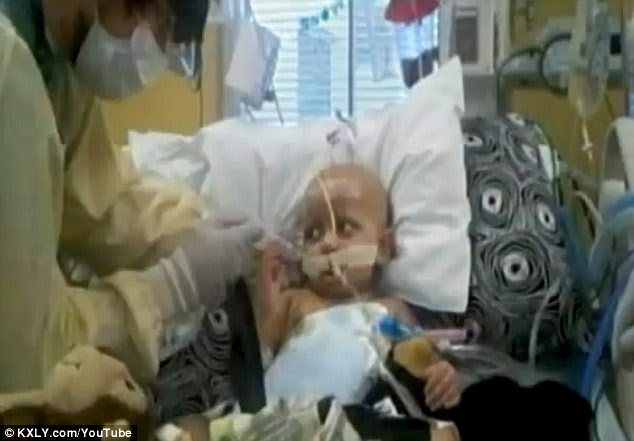 Cash had to have high-dose chemotherapy which made him very ill.
His distraught parents were repeatedly told he was likely to succumb to the illness because the condition was so bad.
After one bout of high-dose chemotherapy, Cash was so weak he could not lift his head and was too sick to eat any solid food for 40 days.
It was at this point that Mr Hyde decided to take action and go down the route of medical marijuana to try to help his young son.
Cash's doctors refused to even discuss the option but his father went and sought authorisation elsewhere and then secretly administered it through his son's feeding tube.
He also told doctors to stop giving Cash the cocktail of anti-nausea drugs he had been taking - although he never told them what he was doing.
Mr Hyde told KXLY News that his son started looking better right away. 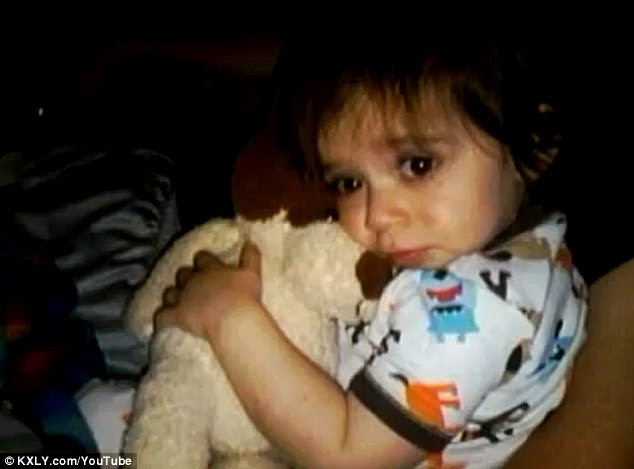 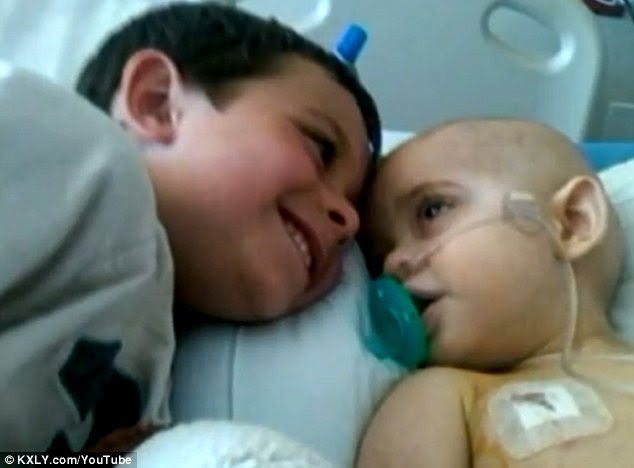 The youngster with his older brother Colty as he is treated in hospital.
Mr Hyde said: 'He hadn't eaten a thing in 40 days - and, it was really incredible to watch him take a bite of a piece of cheese. It shows that he wants to live'.
He credits the cannabis oil with helping his son get through the chemo, and say Cash has now been declared cancer free by doctors.
The boy is now back and home and living the life of a typical young boy, playing with his elder brother Colty.
Medical marijuana is legal in some states, including Montana, but its use for children is poorly understood and quite rate.
The US federal government does not recognise the legality of using the drug for medical reasons and frequently clashes with states over the issue.
Mr Hyde told KXLY: 'It's very controversial, it's very scary. But, there's nothing more scary than losing your child.'
> 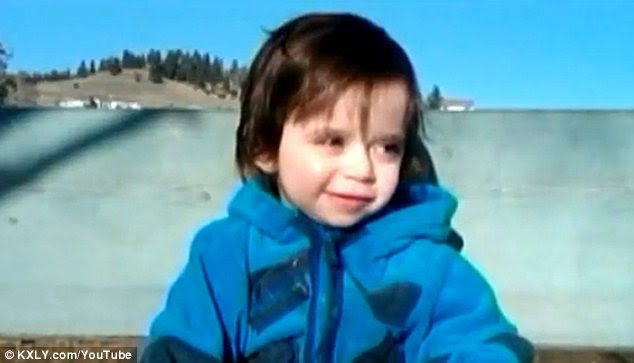 Cash is now at home and able to live like a normal little boy.
- Article originally from The Daily Mail.

Medical cannabis (also referred to as medical marijuana) is the use of cannabis and its constituent cannabinoids such as THC as a physician-recommended form of medicine or herbal therapy. The Cannabis plant from which the cannabis drug is derived has a long history of medicinal use, with evidence dating back to 2,737 BC.
Cashy is the youngest Medical Cannabis patient in the United States. We were able to replace seven scary and toxic drugs that were given to Cash as a nausea cocktail around the clock with 0.3 Milliliters of cannabis oil. At the time we decided to give Cash this safe and therapeutic medicine, he was so sick that he hadn’t eaten in over 40 days and was living on TPN and Lipids as intravenous nutrition, he vomited 8-10 times a day and could barely lift his head off the pillow. Within two weeks of receiving the oil, Cash was eating, laughing, and had a quality of life we hadn’t seen in months.

Cash survived septic shock, stroke, pulmonary hemorrhage, pulmonary hypertension, all side effects of the chemotherapy and bone marrow transplants he had received. We were told after his 4th cardiac arrest episode he would have brain damage, organ failure and that he would ultimately die. However, he did not die, and it was because of the cannabinoid therapeutics that he was receiving and their known antioxidant and neuroprotectant capabilities. Many say cannabis has anti-tumor effects and could possibly be the cure to cancer.
United States Patent: 6,630,507
Cannabinoids have been found to have antioxidant properties, unrelated to NMDA receptor antagonism. This new found property makes cannabinoids useful in the treatment and prophylaxis of wide variety of oxidation associated diseases, such as ischemic, age-related, inflammatory and autoimmune diseases.

The cannabinoids are found to have particular application as neuroprotectants, for example in limiting neurological damage following ischemic insults, such as stroke and trauma, or in the treatment of neurodegenerative diseases, such as Alzheimer’s disease, Parkinson’s disease and HIV dementia.

Make a donation to the Cash Hyde Foundation