Stockton CVC Closed along with Medizen in Sacramento

SACRAMENTO, CA - Two marijuana dispensaries in Sacramento and Stockton have become the first in the valley to be forcibly shut down as part of a federal crackdown on California pot shops.
The Medizen Cooperative at 2201 Northgate Blvd. in Sacramento and the Central Valley Caregivers Cooperative at 3260 Tomahawk Drive in Stockton were raided by DEA agents on Monday.
"Full gear. Machine-type guns, not handguns," recalled Charlie White, who works for a neighboring business in the same Stockton industrial complex and watched drug agents swarm Central Valley Caregivers.
Although the search warrants remain unavailable for public inspection, the two dispensary raids appear to be related to a large-scale marijuana growing operation uncovered Oct. 4 by Stockton police officers in a warehouse at 1838 Vicki Lane.
California Secretary of State records list Matthew Davies as the corporate agent for Medizen and Lynn Smith as the corporate agent for Central Valley Caregivers.
The two men live about a block apart in an upscale north Stockton neighborhood. Attempts to reach both for comment were unsuccessful.
As previously reported by News10, 16 Sacramento-area dispensary landlords received letters from the U.S. Attorney warning that they risk property seizure if they continue to allow marijuana to be sold.
At least one of them, El Camino Wellness, has voluntarily shut down as a result, according to George Mull, president of the California Cannabis Association.
The dispensary raids on Monday, by contrast, appeared to come without warning.
"They came in and basically took all our stuff," Medizen clerk Mike Amado said. "They took all our cash and product."
Another dispensary, R & R Wellness, voluntarily shut down last summer following a raid by the Elk Grove Police Department for alleged violations of state medicinal marijuana laws.
The owner and five associates have since been indicted on drug trafficking charges by a federal grand jury.
By George Warren,
News10/KXTV
Posted by B at 9:43 AM 1 comment:

Selections and Strains of Medical Cannabis 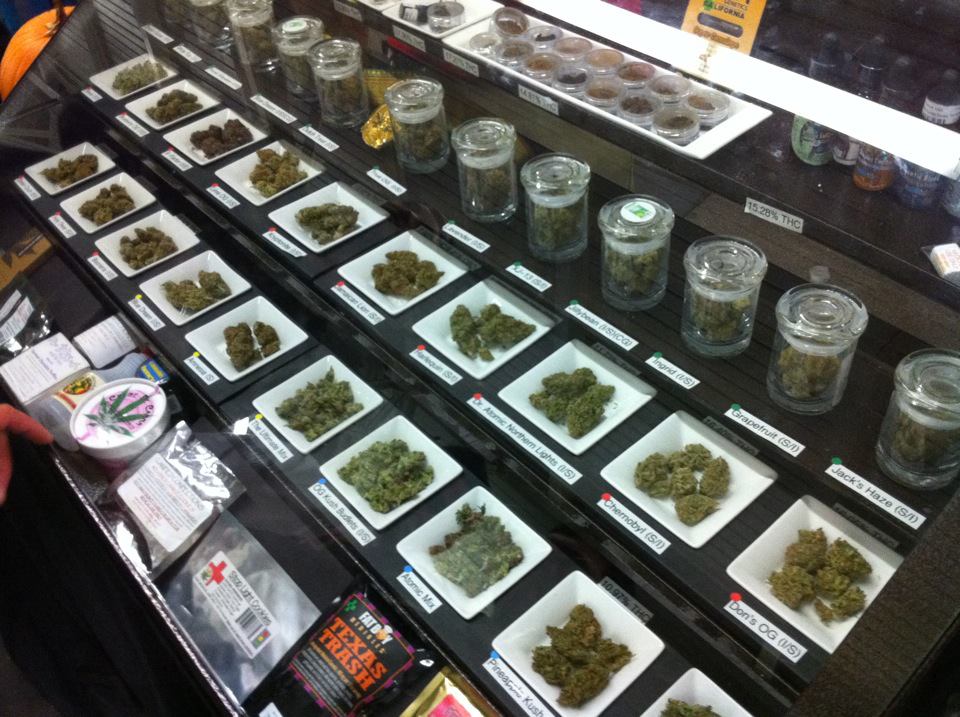